There is very little in nature that surpasses the glimmering beauty of the mineral kingdom.

If you are like me, you’re most likely enchanted by the mystical iridescence of labradorite, the violet crystalline charm of amethyst, and the ethereal translucence of quartz.

In fact, all healing crystals are stunning – topaz, tiger’s eye, garnet, sapphire, jasper, agate, amazonite, opal, carnelian, turquoise, diamond, hematite – they all have some kind of magical appeal that speaks to us on a very primal level. 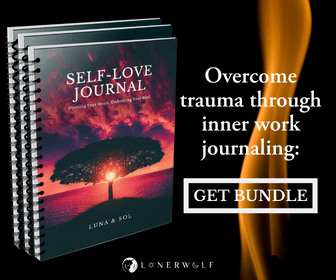 But in and of themselves, do crystals bring the much-needed healing, power, protection, and resilience we seek for so often in life? It’s very common in the new age, pagan and spiritual communities to swear by the healing power of crystals, and while this might be legitimately true, it’s about time that we explore crystals in a different light.

For our own benefit, let’s take this opportunity to think outside of the proverbial box, and to explore crystals from a different angle and a different perspective.

Are healing crystals as powerful as we make them out to be? And how can we begin to welcome their gifts, properties and/or capabilities into our lives?

Crystals as Stones of Innate Power?

Crystals have been revered since the ancient times. In India, Ayurvedic medicine considers crystals to be valuable for healing a host of ills, and in ancient Egypt healing crystals were worn by pharaohs and common people to attract love, balance, and awareness. Crystals were also used in Rome and Greece to adorn the armor of soldiers and were often used as amulets and talismans to attract good fortune.

Crystals have been used for many purposes across many different cultures all throughout time. It’s undeniable that deep down something instinctively seems to draw us to crystals, but what that is exactly, is hard to pinpoint.

Perhaps it is that crystals, with their own individual vibrations, truly are powerful in their ability to heal, strengthen and expand? After all, all matter is composed of condensed, vibrating energy. As engineer and physicist Nikola Tesla, renowned for his many contributions to science, said:

If you want to find the secrets of the universe, think in terms of energy, frequency and vibration.

To further support the idea that crystals are stones of innate power, the author of the popular “crystal bible” book Love is in the Earth, Melody observes:

Crystals exhibit the properties of both piezoelectricity and pyroelectricity.

Basically, this means that most crystals, when subjected to an AC voltage, begin to vibrate, and also that some crystals when heated or cooled, generate a temporary voltage because of the disruption in their atom structure.

But is this enough to prove that crystals are stones of innate power? Maybe not. 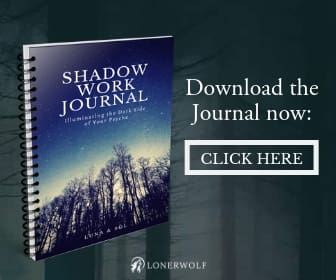 A study conducted by London psychologist Dr. Christopher French back in the early 2000’s seems to reveal that the effects experienced from healing crystals are all mental suggestion – or placebo.

The most interesting thing to note about this study was that both groups – the group that received the genuine crystals, and the group that received the fake ones – experienced the exact same benefits, with the exception of about 6 people. The other 74 in both groups, however, shared the feelings that both types of crystals increased concentration, blood flow, energy, inner balance, and many other positive side effects.

While this might suggest that healing crystals aren’t as innately powerful as we traditionally think, placebo is not necessarily a bad thing.

In fact, it can be quite powerful.

Whether the object of your faith be real or false, you will nevertheless obtain the same effects … Faith produces miracles.  – Philippus Paracelsus (1493-1541), Swiss Alchemist and Physician

It is uncommon and perhaps, unpopular, to think of crystals as conduits, or mediums through which something higher is channeled.

While in the intellectual world of scientists, skeptics and naysayers, the placebo effect may be used as a weapon to declare “We’re right, you’re wrong – logic prevails –naya-nya-nya!” the placebo effect is actually, in my opinion, one of the most proven and revealing phenomenon’s of the power of the human psyche.

Through sheer suggestion, hope and belief we can literally calm ourselves down, invigorate ourselves with strength, stimulate greater mental clarity, open up our hearts to love and forgiveness, and tap into our higher selves. We can heal our bodies of ailments, we can make wise choices and we can even stimulate alternate states of consciousness within ourselves.

Don’t you see? We have SO much power. We have limitless potential. We just don’t realize it.

Or perhaps we don’t want to.

As Melody (same author of the book Love is in the Earth quoted above) goes on to admit:

Although each of us has the infinite power of the universe within the self, we tend to find it easier and are predisposed to accept support from that which is from outside of ourselves.

In this case, crystals.

The funny thing is that somehow – whether through tradition, belief or social conditioning – we find ourselves believing that crystals naturally have more power and potential than us. And while it is natural and healthy to seek help and guidance from things outside of ourselves, many of us tend to get caught up in the glitter and mystical glamour of jewels, gems and crystals, forgetting that the true source of power often comes from within us: from the infinite wisdom of the unconscious mind.

Within your subconscious depths lie infinite wisdom, infinite power, and infinite supply of all that is necessary, which is waiting for development and expression.

As respected psychiatrist and psychotherapist Carl Jung goes on to famously state:

Who looks outside, dreams; who looks inside, awakes.

So while healing crystals might potentially have powers of their own, the biggest source of power comes from within us. Don’t forget that!

How to Choose Healing Crystals

For many of us, it is necessary to channel the limitless potential of our unconscious minds into something outside of us – into something palpable. Crystals can provide the perfect mediums for that. On our personal journeys of healing and growth, it can be comforting to carry around or keep in our private spaces reminders of our deep, often untapped power – which we are taught to ignore or deny.

But how do you choose a crystal that is “right” or “well-fitted” to you? After all, there are hundreds, even thousands of varieties.

Choosing a crystal should not be something done brashly, but is better approached with an open and receptive mindset. Often the very act of choosing a healing crystal reveals a much deeper unmet need within us. Paying attention to the symbolism of the crystal is very important. For instance, if I feel attracted towards tiger’s eye, I might have the underlying need to feel strong, safe and calm, which, unsurprisingly, reveals the exact qualities associated with the stone. Thus my choice and use of tiger’s eye in my daily life is both self-revealing and self-strengthening, as I have both shed light on an unmet need of mine, and have opened a doorway to healing.

If you would like to choose the perfect healing crystal for you, I would recommend:

Crystals are like vessels of our potential, mediums of our wisdom and conduits of our power. Although they may, or may not have powers of their own, it is important to remember that we are the true harbingers of healing, transformation, energy and fortitude.

Once we own and accept this we become our own gems and beacons of beauty.

I’d love to hear your experiences with healing crystals below.

Pin
Share
WhatsApp
Email
249 Shares
« How to Authentically Understand the Meaning of Your Dreams (No Fluff Guide)
What is Your Psychological Archetype? [Free Test] »