We’ve been the rubbernecks.  The doormats.  The wishy-washy, watery weaklings.  Us introverts have had plenty of experience of being the unheard, uninvolved and unassertive ones in social situations.

But just as being shy doesn’t necessarily mean you’re introverted, neither does being introverted necessarily mean you’re by default an unassertive person.  Unfortunately, however, our reserved and quiet natures mean that we’re frequently cautious, slow-to-speak and passive, usually resulting in a lack of personal assertiveness.  Unless we are self-aware, our temperaments can serve to elevate our levels of passivity or passive-aggression. 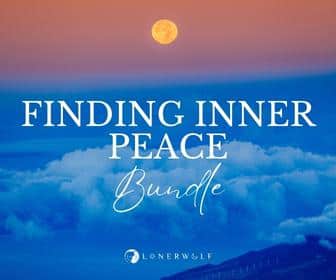 Like any introvert, I have had experience with both passivity and passive-aggression.  Only in recent years after researching the lives of quietly assertive introverts and practicing quiet assertiveness myself, have I discovered some of the best and most beneficial tips.  Review some of these ways to Control, Alt and Delete unassertiveness from your life below.

“How can I deal with conflict?”

For many quiet, introverted and loner types, having to deal with conflict is not only confronting, but is basically our biggest pathological fear.  We like to avoid it at all costs, and when conflict does come along, we don’t know how to approach it – perhaps due to our inexperience of avoiding it so much.  I’m no pin-up model for dealing healthily with conflict – in fact, I’ve had plenty of times of tears, passive-aggression and chagrined stony silences.  But in my experience, the peaceful practice of passive resistance is the wisest way to approach conflict, not only for introverts, but extroverts as well.

Indian political leader and renowned introvert Mahatma Ghandi, can be thanked for the modern day practice of passive, or nonviolent resistance.  This form of action can be attributed to many of the picketing, lobbying, boycotts and protest music produced in the world today.  It can also be attributed to the well-known behavior of American African woman Rosa Parks whose quiet assertiveness and passive resistance led to her refusal to sit on the “black side” of a bus in December 1955.   So what are the marks of passive resistance?

What to Do & What Not to Do When Passively Resisting

On the other hand …

I want to say something … but I feel like puking …

Being quietly assertive can be a nerve-wracking experience for the introvert stuck in the habitual patterns of passivity and passive-aggression.  However, if you’re eager to conquer your anxiety and get the ball rolling, these tips may help:

1.  Start by being mindful of your behavior and your internal patterns of thought when you enter a troublesome situation (i.e. when you feel you  could be more quietly assertive).

2.  Review some of the points in the next paragraph.  Make sure that you deeply understand your rights and the various mental traps that may be plaguing you.

3.  Set a goal for yourself each day to approach at least ONE troublesome situation differently.  You could try asking a question first, briefly voicing your thoughts, or asking for something that you need politely.

4.  Once you gain confidence and adapt to these small changes, try approaching 2, 3, 4, and 5 more situations differently each day.  Don’t rush, and don’t force yourself.

5.  Once you feel happy with your level of being quietly assertive, you can approach some conflicting situations.  Start from square 1.  You could practice passive resistance by, for instance, stating your right to be talked to civilly or you could simply walk away as a silent protest.

6.  After you have made some small steps, you can then proceed to start questioning, protesting and negotiating.

Ground, cleanse, and awaken your connection with your root and sacral chakra! Reconnect with your inner Creator and your body's wisdom.

Remember that it’s OK to be nervous or scared.  But remember that with persistence, patience and courage your nerves will subside as quiet assertiveness becomes second nature to you.

Unfortunately, many introverts find it impossible to assert themselves because of the unrealistic beliefs they have about themselves and other people.  As a shy introvert I struggled for a long time with low self esteem, feeling as though I was lesser and dumber than the people who spoke to me.  Consequently, this meant that it was practically impossible for me to be quietly assertive, because of my mental barriers.  But through time, experience and mindfulness, I learnt some important pointers: