The sweet harmony of music not only affords us pleasures, but renders us important services.  It greatly cheers the drooping spirit, clears the face from clouds, smooths the wrinkled brow, checks moroseness, promotes hilarity; of all the most pleasant things in the world, nothing more delights and enlivens the human heart.  ~ Giraldus Cambrensis

The use of sound healing therapy is not just a new age phenomenon but extends back thousands of years into the ancient times where mystical instruments of all kinds were used to remedy illnesses and revive the spirit.  From the Aboriginal use of the yidaki (or didgeridoo) to heal physical ailments, to the ancient oriental use of the gong for spiritual attunement, music therapy has been used in many cultures and traditions for thousands of years.

So how can the use of sound healing therapy help you?

Well, sound is a vibration, and as we already know all of life exists at its core as vibrating atoms.  Depending on the instrument, we can be influenced on a cellular level by the vibrations transmitted.  Some instruments in particular – (those that we will be exploring today) – help us to move from what are known as “Beta Brain Wave Patterns”, or those associated with concentration, anxiety and flight or fight reflexes, to calmer frequencies known as “Alpha”, “Theta” and even “Delta” brain waves.  These brain waves are associated with relaxation (Alpha), meditation (Theta) and trance-like states (Delta). 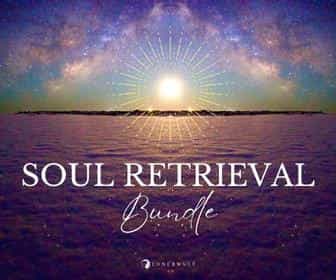 So what does this mean?

This means that you can access more reviving, rejuvenating and serene states of mind simply by listening to, or learning to play, certain musical instruments.  This in turn promotes:

In truth, sound healing is one of the most easily accessible and inexpensive forms of therapy and healing – something you can easily gift yourself with, or even learn to play.  Below you will find fourteen of the best instruments used for sound healing therapy.

Below, you will travel back through every culture and every age imaginable.  Let yourself be bathed in the healing melodies of each instrument, and keep an ear out for any which, in the truest sense of the word, resonate with you!

One of my personal favourite’s, after listening to the ethereal music of Lisa Gerrard, I stumbled across this charming instrument (and decided to purchase one and begin playing myself!)  Popularly used during the Middle Ages in Europe, the Dulcimer is a folk instrument that transmits a calming atmospheric melody.

When skilfully played (and not brutalized!), the Gong is a powerful therapeutic instrument that is said to resolve physical, emotional and spiritual dissonance.  Used as early as 4,000 B.C., the Gong has been used in yoga, meditation and for other practices such as Chakra balancing.

We think of Wind Chimes as pretty ornaments hanging in the garden, but actually, they span back to Ancient Rome, India and China.  Commonly used in Feng Shui to maximize the flow of chi (life energy), Wind Chimes can transmit beautifully celestial sounds and timbres.

Commonly made out of wood, ivory and bamboo, Pan Flutes span back more than 6,000 years, and are common to South American countries such as Peru, Ecuador and Bolivia.  Pan Flutes are common in folk music and have mellow, calming melodies.

Spanning back to the 12th century, singing bowls were used all throughout Asia, and were commonly found in Tibetan monasteries and temples for meditation practices.  These days, Singing Bowls are commonly used in spiritual ceremonies, yoga as well as the traditional meditation practice, and for sound healing therapy.

Developed in the year 2000 by two Swiss inventors, the Hang is a harmonic, spherical shaped instrument possessing eight different harmonically tuned notes.  Depending on how the Hang is played, it resonates sound in a similar way to the steelpan or singing bowl.

Invented in 1711, the Tuning Fork is a curious little harmonic instrument that was designed as a way to tune instruments.  These days, Tuning Forks are often used in sound healing therapy to balance the human energy field and promote well-being and harmony.

Originating in Australia more than 1,000 years ago, the didgeridoo is an indigenous instrument commonly made out of wood and painted with traditional imagery.  Its deep resonance is played by blowing through one end, and is often used in music therapy to clear emotional and energetic stagnation, as well as to assist meditation and mind body healing.

Originating in Africa, Kalimba’s are also known as Mbira’s or Thumb Piano’s, and span back thousands of years.  Often made of wood with metal keys, the sound of the Kalimba can be compared to that of a Harp’s or a Hang’s and is very simple to play.  The Kalimba has been used in Zimbabwe to heal physical and mental illnesses.

The djembe is a drum that originates from West Africa, and is made from wood, rope and a goat skin hide.  It is commonly used to induce states of altered consciousness (trance) as well as calming the human spirit of stress and anxiety.

Believed to have been invented by the Aztecs, Rainsticks are often made from the bodies of dried cacti with objects such as small pebbles placed inside.  As its name indicates, Rainstick’s produce a sound similar to that of falling rain, and are used for inducing states of peace and calm.

Soften, deepen, and heal your relationship with yourself and others. Explore your inner wounds and gently awaken your heart.

As the name suggests, this instrument originated with the Native American Indians, and is popularly used in modern day sound healing therapy.  Native American Flutes are used to reduce the heart rate, increase resilience to stress, and promote psychological harmony.

Said to be invented by Pythagoras, the Monochord is an ancient musical instrument whose vibrations are used to calm and re-energize the mind and body.

Well known for its angelic melodies, the Harp has been used all throughout the world, dating back to 3,000 B.C.  The soft and sweet melodies from the harp are therapeutic to the mind, body and spirit.  Harp’s are commonly used in modern sound healing therapies.

What is your favourite healing instrument from this list?  Do you have any experiences, additions or recommendations to share with sound healing therapy?  Please share with us all below!

More recipes you may enjoy