The love experienced between two reunited twin flames is like a wild beast.

It can’t be captured. It can’t be contained. It can’t be tamed. Instead, it burns fiercely with an unquenchable form of intensity that is both exhilarating and formidable. The love experienced between twin flames is like Holy Fire: it burns you to ashes, but it also forges you into a new creature, like a Phoenix emerging out of the dust.

Although every twin flame relationship is unique and can’t be simplified, there is a general pattern that tends to emerge in these unions. As a person who went through a twin flame fusion, I know how overwhelming (and even terrifying) such an experience can be. I would have loved to read an article on common tell-tale twin flame signs when I was going through such a disorientating experience. But back then I knew nothing of twin flames or their significance. So here I would like to provide you with what I lacked: a general map that can help to guide you and pinpoint where you are right now. 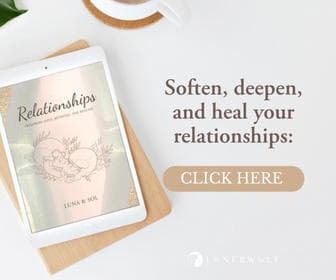 Although the idea of having a Twin Flame can be helpful, especially as spiritual partnerships are a beautiful avenue of growth, please keep in mind the following when reading this article:

Twin flames are said to be beings that aid our souls in finding completion. Ancient Greek philosopher Plato first created the idea of souls “split in two” that eternally yearn to find their “other halves.” These days we still carry around this idea of “find our other half,” but unfortunately we believe that it is absolutely imperative for us to find another person to be complete. Please keep in mind that while twin flames do help us to experience unconditional love and grow immensely as people, not all of us find our twin flames, and not all of us need twin flames to feel complete. Please read “7 Common Myths Embellishing Twin Flame Relationships” to read more about this.

Also, it helps to remember that the degree to which you can experience harmony in your twin flame relationship is dependent on your level of soulful maturity. For example, two old souls will have a much easier time at “holding it all together” than two young souls. You can read more about soul ages.

So keeping this in mind, what are the eight major twin flame stages that you’ll likely experience in your relationship?

Stage One – Yearning for “The One”

In this preliminary stage, you have spent your entire life pining for “The One” that doesn’t yet exist in your life. You have this strange sensation that someone who is perfectly molded to you is “out there” but you don’t quite know where or when they will appear in your life. Although you ache for your twin flame, you have a feeling they will appear to you at some point.

This stage is also sometimes spent “preparing” for the arrival of the twin flame on an unconscious level. In my instance, I had to learn how to love myself before I met mine. For others, this stage of preparation involves the development of self-awareness, discovery, and understanding.

Stage Two – Glimpsing “The One”

At some point, you will have a brief glimpse of your twin flame. Whether this is through a dream signal, or through a real-life meeting, suddenly the Beloved can be sensed. The result is profound. Wonder, joy, anxiety, and intoxication quickly ensue. For those cautious among us, a lingering sense of intense curiosity and desire to get to know the person better is the result. You don’t know what it is exactly, but this person is extremely special. Like me, you may even sense that this person will play an immensely important role in your life – even before you know them properly.

When you fall for this person, you will fall very, very hard. You will fall harder than you have ever fallen for anyone – and the impact will knock the breath right out of you. In fact, as you get to know your twin flame better, you will fall more and more deeply in love with them. As a result, you’ll find it hard to stand with two feet on the ground. You might feel disorientated, lovesick and “unlike yourself.” You may even try to resist the attraction, but eventually, you’ll accept the reality that you’re deeply and madly in love.

As both of you eventually make your feelings known and enter into a relationship, life will feel like a fairy-tale. Your relationship with them will be perfect in every possible way. It will seem as though your twin flame fulfills every single need you have and everything you ever possibly wanted. This taste of “paradise” is what the matured twin flame relationship looks like after the next few stages of turmoil.

In this stage, there is trouble in paradise. As the ecstasy from the initial meeting period wears off, egos start to flare up. Suddenly differences in opinion, taste, and personality arise, and old core wounds emerge out of the gloom. While our twin flames share and mirror our deepest needs, desires, and dreams, they also tend to mirror our shadow selves. For example, if you are an emotionally repressed person, your twin flame will likely be emotionally explosive. If you tend to be arrogant, your twin flame will most likely be uncertain and quiet. In this way our twin flames challenge us, riling up our insecurities. This can be infuriating, devastating and very painful.

While all the arguing and fighting in this stage may seem disastrous, the truth is that it is necessary for our growth. Without being provoked, without seeing ourselves for who we “really” are, we live in illusion and fail to grow soulfully. But this is certainly hard to realize while you’re going through such turbulence in your relationship!

Stage Six – The Runner and Chaser

As tensions mount it is common for one partner (or sometimes both) to emotionally or physically withdraw and “run” away, and another to pursue in a game of cat and mouse. Sometimes this involves emotional shutdown and silent treatments. Other times this involves physical separation and in extreme cases, the permanent termination of the relationship. In this stage, twin flames experience a trial by fire. While some relationships last and are strengthened, others crumble to pieces. As I mentioned at the start, this is all dependent on each partner’s soulful maturity. Sometimes one partner leaves for many years and then returns, only to repeat the cycle once again. The chaser, on the other hand, tends to be the more mentally and emotionally mature partner of the two, trying to sort everything out and make amends.

Once the shadow of your relationship has been revealed, you may experience a period of surrender. After so much anguish, distress and provocation, you both begin to open up about your wounds and insecurities. In this stage, it is common to experience a lot of ego dissolution and soulful expansion. As the ego relaxes, powerful lessons are learned about the nature of oneself and the nature of the “other.” As you begin learning how to work through your differences, the maturity of your relationship deepens and thus strengthens.

It is common to go through stages six and seven many times throughout your relationship.

As the problems in your relationship become increasingly easy to deal with, you will enter a period of soul reunion. In stage eight it is common for you to both find a shared meaning, passion or cause that brings you a mutual sense of fulfillment. As the ego continues to relax, virtues such as forgiveness, understanding, empathy, and patience are learned. The more you both work through each issue that comes your way vigilantly, the more you experience the sensation of “Oneness,” or ego death.

Learn how to forge true, deep, and enduring twin flame and soul mate love – no matter what stage you’re at, starting right now. This book is for anyone seeking to find and create an authentic, fulfilling, and awakened relationship.

This is a true miracle.

If after reading this article you still feel stuck, have questions, or need help, see our twin flames book. In this book, we’ve taken the ancient idea of soul mates and the modern archetype of Twin Flames, stripped away the non-essentials, and presented the very heart and soul of what it means to be in a spiritual partnership … and how to gracefully move through these twin flame stages, see through the shadows, and experience the transformative power of love.

Our Twin Flames and Soul Mates book is a down-to-earth, heart-opening, and authoritative guide to the power of love as a force of awakening. Be sure to check it out if you need more guidance.

Have you found your twin flame? Which of these twin flame stages have you experienced in life and what insights can you share? I’d love to hear from you below. 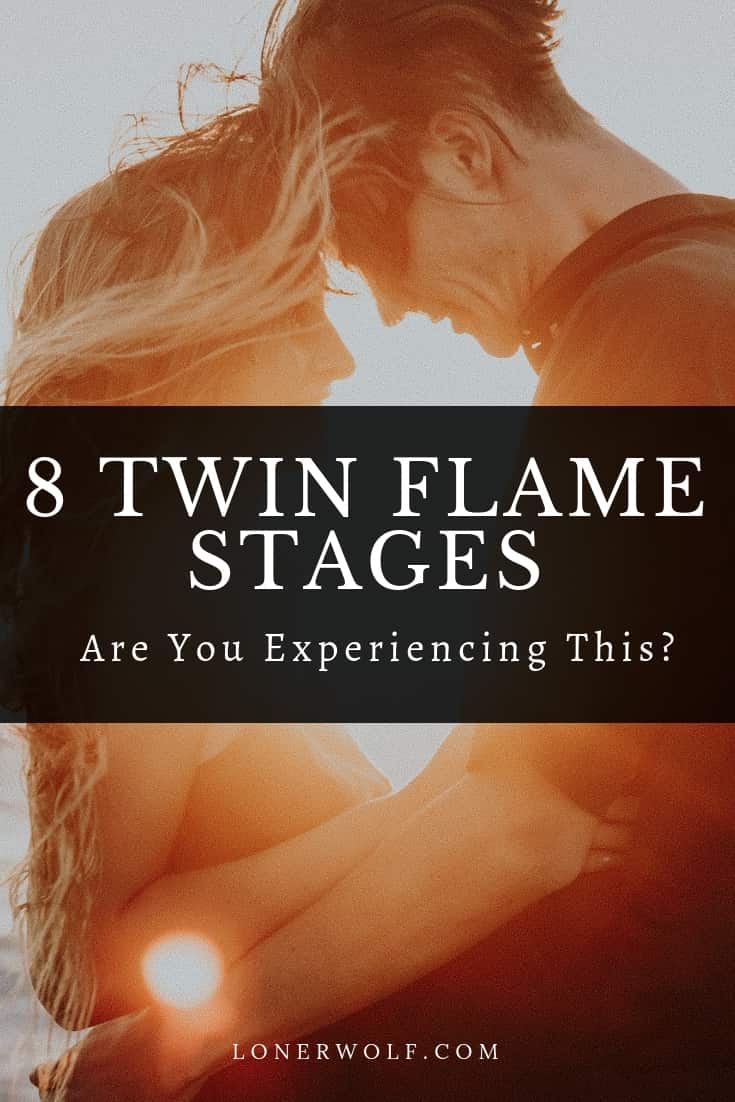