Suddenly he wakes up, call it grace, whatever, something wakes him, and he’s no longer a worm.

He’s the entire vineyard, and the orchard too, the fruit, the trunks, a growing wisdom and joy that doesn’t need to devour.

For the past few years, we’ve been writing about Soul Ages as a way to explain the process of existential recurrence – our individual lives rippling through eternity.

Once we’ve accepted the nature of our soul’s existence, there are a few important questions that are raised.  What is the purpose of reincarnation?  What are our Soul’s evolving toward?  And as we mature in soul age, why do we feel a growing urge to “return back home”?

The first aspect that must be understood is that ‘reincarnation‘ is a word that embodies many different ideologies.  Ancient cultures all around the world have believed in reincarnation since the dawn of time, and a few major religious systems have incorporated the idea into their teachings (e.g. Jainism, Buddhism and Hinduism). 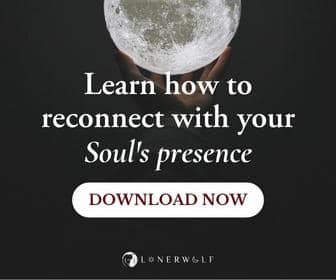 Reincarnation of an ‘individual self’ is only as possible to the extent of believing that your sense of ‘self’ – your ego – is real.

Two identities who are dwelling within two different physical bodies in the present, or in the past, will be two very distinct personalities.  Our personalities are, to a large extent, determined by our environmental conditioning and physical genetics.  Traits such as Introversion or being a Highly Sensitive Person, for example, are determined by our physical biology’s, while traits such as shyness, self-esteem, ideologies and neuroticism are the result of environmental psychological conditioning.

This understanding of reincarnation closely resembles that of the Buddhist idea that the continuity continues, but the individual disappears.  But how can a religion like Buddhism that doesn’t believe in the soul believe in reincarnation?  I believe the answer is that it was to prevent us from creating an ego identification with our “Souls”.  The Buddhist idea of the Soul can be compared to the following analogy:  You light a candle in the evening and leave it over night.  When you go to blow it out in the morning can you say that it is the same flame that you had ignited in the previous evening?  It is not the same flame, and yet somehow it is connected.

In this way, Buddhism understands our soul’s as an energy, or an ever-burning flame.  However, in order to prevent identification with it, they didn’t refer to it as a “Soul”.

As we mature in soul age we come to understand the wisdom in this Buddhist teaching.  The moment you start identifying with present or past life identities is the moment you begin creating a division between yourself and the world around you – and it is this that is the root of all disharmony in the world.

Why Do We Reincarnate?

So if we aren’t the same person who is reincarnating over and over again – why do many people have memories of these ‘past lives’?

Jungian psychology did a wonderful job in exploring the existence of the Collective Unconscious – a concept that Jung believed individual memories dwell in from past lives:

“In addition to our immediate consciousness, which is of a thoroughly personal nature and which we believe to be the only empirical psyche (even if we tack on the personal unconscious as an appendix), there exists a second psychic system of a collective, universal, and impersonal nature which is identical in all individuals.  This collective unconscious does not develop individually but is inherited.  It consists of pre-existent forms, the archetypes, which can only become conscious secondarily and which give definite form to certain psychic contents.”

Freud referred to these karmic leftovers as “archaic remnants“, or mental fragments whose presence cannot be explained by anything in the individual’s life, but rather appear to be primal, innate, and inherited shapes of the human mind.  The grandfather of psychology William James also shared his perspective, stating: “As our spiritual being is amplified here on earth and as we grow in age and experience, we become more conscious of this vaster world all around us, and when we die it is only to enter into an enlarged capacity.“

Essentially, the Collective Unconscious is formed of a pool of memories that some individuals, through the purification of awareness or evolution of their soul ages, have tapped in to, being able to remember events of a person’s life hundreds, and sometimes thousands, of years ago.

Past memories serve us in our journeys of self-exploration as ways to learn and grow.

The idea is that as we grow in soul maturity, the souls who have applied enough Soulful Energy in their lives will be able to remember the patterns of foolish and destructive behavior repeated in the past to correct, learn and move forward from.  For example: In a past life we might have been poor and spent all our life pursuing money, but once we achieved riches, we realized how empty the pursuit left us and how pointless it all was.  The memory of this can prevent us from making the same mistake in our present life, and this is precisely what the Buddhist ‘Wheel of Life‘ illustrates.

Our reincarnation is a necessary process of refining our soul, of liberating ourselves from unfulfillment and of assisting us in quenching our spiritual thirst.

Why Do We Feel Like We Need to “Return Home”?

It is during this process of our soul evolution that we mature and begin to feel alien and isolated in this world.  Suddenly, everything feels flat, barren and dry, and we struggle immensely to connect in relationships with other people.  This is when we develop the deep longing to return back to our “true home” – to our divinity or conscious womb – the place where we feel we belong, and where we finally feel whole again.

At first, it may seem like a terrible experience to go through the ordeals we go through in this life – and this is often referred to as the Dark Night of the Soul.  But when we begin to ‘grow up’ spiritually, we start to understand that a spiritual awakening is not about having blissful experiences but is about serving a much higher and more profound cause: the collective growth of the human race.  This is something we as individuals can never be separate from.

The last reincarnation is the one where we awaken, where we join opposites, where we transcend separation and duality and become whole so as to truly become responsible.

The ‘Awakened Soul’ is the final step – the progression of the Old Soul who has undergone immense spiritual work.  It is impossible to awaken completely all at once – we must first begin to awaken for short moments, hence the necessity for Old Souls.

To awaken is only possible for those who seek it and want it – for those who are ready to struggle with themselves and work on themselves and developing their authenticity for a very long time in order to attain it.  Most people will say that they are spiritual, and that they meditate or do yoga every now and then, but as Buddha put it:

You must want to free yourself from dukkha (suffering) as if your hair was on fire!

Most soul ages will not have such a strong desire and will not be ready to die in order to find truth.

And this is what an Awakened Soul is: their false identity has died (this is the Buddhist concept of ‘being in the world, but not of it‘), they have opened the final door, they have seen through the falsity of the world, and a unity has been revealed that encompasses all beings and transcends all boundaries.  Mystics in every religious system in every culture and in every age have reported this to be the highest truth.  Jesus, another Awakened Soul, would teach this as ‘blessed are the poor in spirit’, an emptiness that results from being freed of all encumbrances and tethers to one’s past.

In fact, just as the unconscious works on a collective scale, so also does ‘awakening’ occur in waves of collective awareness.  Some Awakened Souls who were contemporaries could be found in India such as Gautama Buddha, Mahavira, Makkhali Gosala, Ajita Kesakambali – who were all spreading the same message, while in China there was Confucius, Lao Tzu, Mencius, Chuang Tzu, Lieh Tzu and in Greece Socrates, Plato, Aristotle, Heraclitus and Pythagoras who were all contributors.  One of the most comforting statements ever made by Socrates was:  “No evil can befall a good man in this life or in the next.“

This is why our work is to encourage and support the evolution of the soul, to teach Soulful Energy and to apply it towards our collective journeys of spiritual awakening.