I want you to take a moment and think about the kind of relationship you had with your mother.

What did it look like? How did it feel? Do your thoughts drift to the good times, or do they dwell on the bad times?

Our mothers were pivotal players in our development as children and they formed the very foundation of our emotional and psychological growth. To this very day our mothers continue to influence us both through our deeply ingrained perceptions of life and through our feelings towards ourselves and other people. 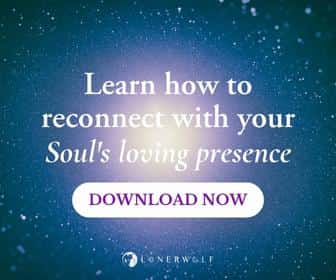 But although our mothers may have tried their very best to nurture us, our relationships with them may have been laced with undercurrents of shame, guilt and obligation. In fact, we may continue to carry unresolved grief, fear, disappointment and resentment towards our mothers long into our adult lives. This deep pain is usually the result of unhealed core wounds that are passed on from generation to generation.

If you possess the Mother Wound it is vital that you learn how to treat, repair and reconcile those broken parts within you that still yearn for your mother’s love. Healing the Mother Wound within you has the potential to transform your life and improve your relationships tenfold. And today we’ll explore how to do that.

What is the Mother Wound?

I have always had a very strained relationship with my mum. As a child I remember the great fear and reverence I felt towards her; fear because she was the primary disciplinarian in the household, and reverence because she was so self-sacrificing. As an artist, she was (and still is) extremely skilled in watercolor and oil paintings, yet she was never able to actualize her dream of becoming a professionally paid artist despite how brilliant she was. These dreams further dimmed as she kept giving birth to children and eventually it became a rare occurrence for her to pick up a pencil or paintbrush. I could always sense this lurking disappointment and resentment bottled up within her. I believe a part of her felt like she was a failure, so the only area she could excel in was child-rearing. This was only amplified by her strict Christian beliefs which traditionally dictate that a woman’s place is the house, not the art studio.

As I got older the admiration and affection which I held towards my mother became tainted with anger, sadness, and even disgust. Although she was extremely generous with her time and effort, her emotional coldness was distressing to me. She made it very clear that I was the child and she was the parent. There was no equality or middle-ground on which we could meet. The only time when I ever felt like my mother’s friend and confidant was when I did everything she wanted me to do, like a perfect little daughter.

These days, I don’t speak with my mother except via text message a handful of times a year. She made it very clear to me that leaving the Christian faith and allowing myself to love Mateo was a severe betrayal. Yet despite the animosity between us, she still reminds me that “my family loves me” which in truth a part of me wonders whether such words are written with a Christian agenda in mind, or out of real sincerity.

Our Mother Wounds are traumas that pass down from generation to generation that have a profound impact on our lives. When left unresolved, we pass on the Wounds that our mothers and grandmothers before us failed to heal. These wounds consist of toxic and oppressive beliefs, ideals, perceptions, and choices. Finally, our children repeat the cycle, harming their own children, and their children’s children with centuries of unresolved pain. (Please note here that our fathers carry their own wounds, but in this article I want to specifically focus on our mothers.)

If you suffer from the Mother Wound you will experience the following problems:

Mother Wounds are developed at a young age and are bound by the belief that “I was responsible for my mother’s pain,” and “I can make my mother happy if I’m a good girl/boy.” The truth is that we weren’t and still aren’t responsible for our mother’s pain – only she is. We also can’t make our mothers happy unless they truly decide to be happy. Yet unfortunately, as children we were not aware of this and on a subconscious level many of us still believe that we are the culprits of our mother’s angst.

Where Does the Mother Wound Come From?

Women have lived under patriarchal reign for centuries. Religion and society in particular have been instrumental in perpetuating the myths that women should:

As a result of these intense and super-human standards, women abandon their dreams, lock away their desires and smother their needs in favor of meeting the cultural ideal of what motherhood “should” be. This pressure is suffocating for most women, breeding rage, depression and anxiety, which is then passed on to their children through subtle – or even aggressive – forms of emotional abandonment and manipulation (such as shame, guilt and obligation). This forms the Mother Wound.

Finally, it’s important that we learn to humanize our mothers in a society that strips them of their humanity. No mother can act in a loving way 100% of the time. The sooner we embrace this reality, the better.

Many women these days speak about embracing the divine feminine which sounds nice in theory, but without confronting and healing the Mother Wound, this is nothing but another fuzzy ideal and form of spiritual bypassing.

As a woman who carries a very deep Mother Wound, I have experienced just how lonely and saddening it can be to feel the emotional and psychological absence of your mother. Although I still have space to improve, I want to share with you three tips that will help you on your healing path:

1. Learn to separate the human from the archetype

We briefly explored the archetypal mother above; that of the selfless, giving, completely nurturing woman who diminishes her own needs in favor of her children’s needs. In reality, mothers are human beings with flaws and issues. The more we expect them to live up to society’s expectations of the “perfect woman,” the more we deprive them of their humanity.

2. Give up the dream that your mother will be who you want her to be someday

Stop waiting around to receive the love, support and validation of your mother. Remember that you can never change who she is and nor do you have the right to – that is her responsibility. As you slowly learn to relinquish your hope that she will be everything you ever wanted her to be, you can allow yourself to grieve her absence. Experiencing grief is a vital part of the healing process and in my experience it can last for years. But allow it to happen. It is ultimately good for you.

While you may not have received unconditional love from your mother, you can find it within yourself. A big part of my own healing process has been learning how to re-parent my inner child. Learning how to love myself has revealed to me a deep well of endless love that supports, cherishes and wants the very best for me. This very same source of love is within you as well. As you slowly dissolve the limiting beliefs and perceptions you have about yourself and the world, you will find it easy to transform your desire for outer support to inner acceptance.

Healing the Mother Wound within you will transform your life. You will be able to set better boundaries, establish healthier relationships, take care of your needs better, develop empathy for others, trust life more, and feel more comfortable in your skin.

So share with me below: what was life like with your mother? Do you still carry unresolved pain from your childhood, or are you in the process of healing the Mother Wound?