Numbers are ancient, meaningful, and powerful.

It was the Pythagoreans in the 6th century BC who were one of the first groups to popularize the idea that numbers are not merely mathematical symbols, but they actually carry spiritual significance.

As Pythagoras was once quoted to have said, “Number is the ruler of forms and ideas and the cause of gods and daemons.” 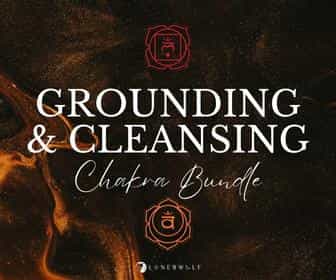 Thanks to Pythagoras, we have a system of numerology which ascribes different meanings to numbers.

But numerology is only one side of the coin: numbers have been given special meanings all throughout history, religion, and cultural mythology. From east to west, numbers have carried meaning for millennia.

(✬ By the way, if you’d like to keep track of your number synchronicities and understand the language of your Soul better, I recommend checking out our Illuminating the Unconscious Bundle – it even has a Synchronicity Journal where you can record your insights!)

Seeing repetitive numbers is a form of synchronicity – a phenomenon described by psychiatrist Carl Jung as “a meaningful coincidence of two or more events where something other than the probability of chance is involved.”

For example, Jung once described a situation of synchronicity where he came to notice a half man half fish symbol. He was then served fish for lunch. Someone then joked about making an “April fish” of another. In the afternoon, one of his patients showed him a picture of a fish. In the evening another person showed him an embroidery of sea monsters and fishes. The next morning his next patient shared with him a dream she had about a fish.

Synchronicity can actually be quite unnerving, especially when certain symbols – and in this case, numbers – keep appearing.

If you’re seeing the same number over and over again, it’s essential that you try to explore the symbolism that such a number contains for you. The repetitive numbers, symbols, and words that you keep hearing all have tremendous importance about your life that you should pay keen attention to. 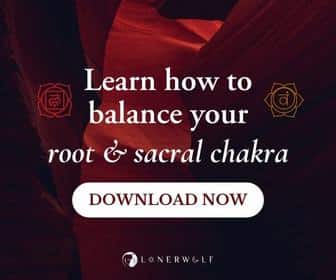 As experiencing synchronicity and tuning into the meaning of numbers requires us to be present and conscious, seeing repetitive numbers is usually connected to undergoing a process of spiritual awakening.

When we undergo a spiritual awakening, almost all of our priorities in life shift. We begin asking big questions about our purpose, our destiny, and what the true meaning of life is.

If you’re undergoing a spiritual awakening process, you might find that a certain repeated number like 1111 or 1212 appears in your life in moments when you feel lost and need spiritual guidance.

Such moments of synchronicity that spark curiosity and mindfulness are often thought to be messages from your Soul, spirit guides, or True Nature to “wake you up.”

Take the number four, for example. The Native Americans believe that there are four winds and four directions. Along a similar line, the Ancient Greeks believed that there were four elements. In Christianity, four is the number of creation (i.e., on the fourth day of the week God finished creating the material universe). As we can see, four has a very similar meaning across three completely different time periods and cultures.

Just a note, though. I want to emphasize that while it’s beneficial to find out the general meaning of numbers, it is imperative that you find out your personal meaning.

Synchronicity, symbolism, and the meaning of numbers are all extremely personal, so be wary of prescribing a meaning to a situation in your life that’s not actually correct or relevant.

It can be tempting to not put in any work and just go with what the traditional meaning of the number is. Please don’t do this. It’s much better to put in a little work and explore what the meaning of numbers means for YOU primarily.

Here are a few ways to find out what each number means to you and your context:

Go deeper with a number journaling prompt + printable meaning description for each one!

The Meaning of Numbers

Below I’ll share with you the general consensus that mythology, religion, mysticism, and esotericism have about each number.

As I previously mentioned, it’s important that you find your own meanings, but it does help to know what each number means. Sometimes we really are tuning into the traditional energy, magic, and meaning of each number:

Zero is representative of the primordial void, the womb, the realm of potential. Zero is a circle that symbolizes totality: that which precedes life, the eternal force. It is nothing and everything, the beginning and the end. Zero is often symbolic of Spirit or God, and hence of unity and wholeness.

One symbolizes leadership, strength, and confidence. Number one is like a straight arrow that reflects willpower and precision. One is also reflective of individuality, self-discovery, and self-empowerment. Unlike zero, which is feminine and receptive, one has masculine and willful energy.

Two is the number of dualities; the split we perceive in life between light and darkness, inside and outside, yin and yang, masculine and feminine, good and bad, life and death, mind and heart, and so on. On one hand, number two symbolizes partnership, but on the other, it also symbolizes conflict and opposition. When balanced, two is a number of harmony, but when imbalanced, the number two can be destructive.

Three is typically seen as a particularly lucky and powerful number. Three represents the divine principle that underlies life such as the mind, body, and spirit; birth, life, and death; beginning, middle, and end; past, present, and future, and so forth. Spiritual traditions such as Wicca and Christianity see the spiritual force as a triune, for example, the Father, Son, and Holy Spirit, as well as the Maiden, Mother, and Crone. Three is symbolic of success, intuition, and good fortune.

Four is a grounded and stable number that evokes a feeling of calmness and solidity. Four is very much rooted in the physical world and is about being present and in the “now.” For example, there are four seasons, four elements, and four corners of the earth. Four is about building a strong foundation and developing a down-to-earth perspective.

Five is a number of adventure and freedom. Five is also a very sensual number (five senses, five fingers and toes) and it’s about enjoying life, trying new experiences, and seeking out pleasure. This number is also connected to experiencing life changes (such as marriage, divorce, new jobs) and making important choices.

Six represents a balance between the earthly and spiritual realms. Six is also connected to intuition, clairvoyance, and other extrasensory capacities (hence the “sixth” sense). In numerology, six is the number of the caretaker; the person who nurtures and compassionately serves others.

Seven is a magical number that is associated with synchronicity, luck, and perfection (seven chakras, seven colors of the rainbow, seven days in the week, etc.). Seven is also seen as a mystical number that is connected to spiritual awakening, introspection, and the development of wisdom. This number is connected with the pursuit of Truth and the desire for a deeper understanding of life.

Eight is connected to abundance, prosperity, and financial well-being. Resourcefulness, hard work, determination, and inner strength are all qualities of eight. Spiritually, eight is seen as an equalizer or balancer (hence its shape) that unites the conscious with the unconscious, and earthly with the spiritual. In other words, eight is reflected in the proverb “you will reap what you sow.”

Nine is the number of fulfillment. Wisdom, self-examination, enlightenment, and higher consciousness are all qualities associated with number nine. Nine is also connected to one’s higher purpose and ultimate life mission – this number encourages us to take a bird’s eye view of our lives.

Ten represents completion: the ending of a cycle and the attainment of wholeness. Ten is both masculine and feminine and reflects the unity that is possible once we integrate the fragmented pieces of our inner selves.

Eleven is a powerful number that is often referred to as the ‘spiritual messenger.’ This number carries with it both positive and negative associations. On one hand, eleven can represent the need to make an urgent change (hence the saying “the eleventh hour”), but on the other, eleven is connected with one’s destiny. In other words, seeing eleven can tell you a lot about your life path and what paths you should or shouldn’t walk. I wrote about number eleven more in-depth in this 11 11 article.

Understanding the meaning of numbers gives you that extra layer of insight when it comes to self-discovery and realization.

While the personal meaning you assign to numbers might not always conform to the above descriptions, it’s crucial that you value your unique interpretations above all else. The above explanations are a springboard from which to develop your own insight.

For me, noticing repeating numbers and exploring their meanings has helped me crystalize extremely vital insights in my life. Many of these insights actually changed the course of my life. So paying attention to the meaning of numbers and synchronicity is no small thing!

Sometimes you’ll see a repetitive number like 1010 or 555 that helps to affirm a decision you’ve been wanting to make. Other times, the repeated numbers you see are warning you to be mindful of the decisions you’re making. Pay attention, because your Soul and the Universe can and do communicate with you through repeated numbers.

What forms of synchronicity have you had recently with numbers? I’d love to hear below in the comments from you! Feel free to also share this article with someone who you think might benefit. :) 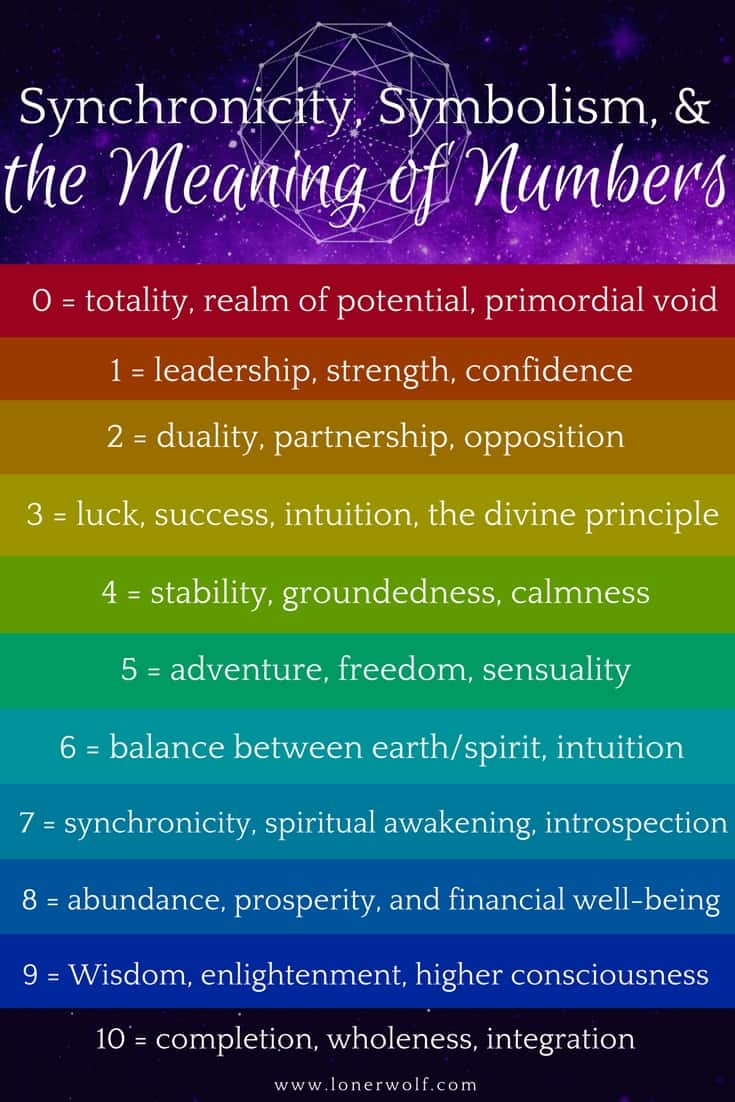