Happiness in intelligent people is the rarest thing I know. – Ernest Hemingway (The Garden of Eden)

I’ve been reading Infinite Jest for the last few days, and was saddened to find out that the brilliant author of the book (David Foster Wallace) committed suicide.

I’m not surprised though.  For a long time I’ve thought suicide and depression are signs of sensitive intelligent minds.  Many online have also speculated that there’s a correlation between high IQs and suicide, as a higher IQ causes the person deal with complex challenges in life.

From my own experience and observations dealing with mentally ill people: when an individual with a higher IQ possesses acute maladaptive emotional sensitivity, it leads them to depression, neurosis and anxiety. 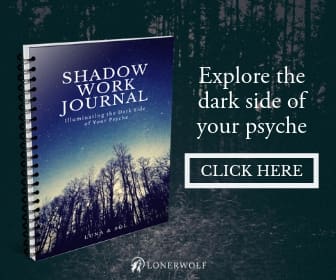 Suicide And The Self

Animals rarely commit suicide.  So why do we?  Perhaps the cause of our own species suicide is that we are the only creatures aware of our mortality and the responsibility of our survival.

A few hundred years ago, life was different.  It was simpler.  Our sense of ‘individuality’ was way less than it is now.  For instance, if you were born into a carpenter family you had to be a carpenter as well.  That’s how it worked.

There wasn’t a decision involved on our part, instead, we were part of groups (families, castes etc.) and had jobs and statuses in society.  Marriages were more for convenience than for love, Kings only married into their own blood and if you were born a peasant you could never have the aspiration to be a King, like you can now to become a President.  Back then, our stories were already written.  All we had to do was act them out.

But slowly, as our society has evolved, and we’ve been given the responsibility for our destinies and futures, we are told that we can become anything we want if we try hard enough.  Thus, our lives have become much more troublesome.  Freedom can become a burden.

Freedom of choice places the whole blame and regret of failure on the shoulders of the individual.  In the old Indian cast system, for example, suicides were almost non-existent.  An untouchable never aspired to become a Brahman, rather, he accepted his cast, and his main concern was to find food and shelter.  There was no time to worry about depression and suicide.

These days, intelligent people can truly see the magnitude of the scope of possibilities available to them, more than the rest of people around them.  This causes them to see through many of the fallacies of society and the meaninglessness of the routine existences and pursuits we all value so dearly.

The Self and Others

When I write of the ‘self’ I refer to our ego, our sense of identity and separateness from everyone else.

With Western ‘Individuation‘, we have the gift and curse of ambitions, the pressure of comparing ourselves against each other, and the tension of considering how much we’ve progressed towards our goals of success.  Not only that, but with “individuality” comes a stronger sense of who we are, a personality.  You can’t be conscious of yourself as a separate individual unless you have another person to compare yourself with.

With this sense of self or ‘identity’ comes a sense of self-worth,  which is easily malleable, especially during childhood.  Any traumatic experience in our formation years can lead to a maladaptive emotional sensitivity.  Children who are highly intelligent when they are young are of often rejected and excluded by other children.  Because they are so different and odd, they become social outsiders.  Intellectually they are superior but socially they are underdeveloped.

Hemingway is the perfect example of this, with an unknown number of failed romantic relationships (including four different wives) to fill the void of his unhappiness, that eventually lead to his suicide.  John Donne, William Collins, Samuel Coleridge, Edgar Allan Poe, Louis Macneice are all writers who suffered parental turmoil and trauma during their childhood that lead to severe recurrent depression as adults.

Franz Kafka was avoidant in personality and afraid of attachment considering himself to be ‘…disgracefully skinny and weak.’  Edward Lear was separated from his parents and suffered a life long depression as a lonely homosexual adult.  Rudyard Kipling was also deprived early on from his parents, leading to neurotic behaviour.

Michelangelo also suffered from periods of depression, writing three hundred poems – many about his mother who died when he was 6 years old.

The Solace of Solitude

Our ‘self’ or ego is not a thing, rather, it is a tension we carry inside.  Our identities can only exist as a friction with other people’s identities.

A man in solitude, complete solitude, is a man with no identity.  Solitude allows a man to be free from other people, neurotic involvements, historical hangovers from childhood, obligations, duties, emotional demands, fears and hopes.  The solitary man also has the freedom to develop intense concentration for the abstract art of creativity.

Isn’t it true that we often feel most ourselves when we are alone?  The depressive artist thinks this to be truer, they feel that their innermost being finds its completion.  Spurred by depression, these imaginative people create fantasy worlds, to compensate for what was missing and find a sense of worth in their lives, to fill that void they feel inside.

With solitude and intense concentration of creation comes the loss of past and future, all that exists is the present moment.  This is the appeal to the depressed intelligent person, to totally immerse themselves with fascination in the present, an escape from all unhappiness and problems, an opportunity to become timeless, selfless, lost in the present of almost non-existence.

Love gives us glimpses of this feeling, melting the ego boundaries away, it is an ego death.  It makes us feel that the lover and the beloved should be one, as so often spoken of in poetry.

The depressed artist grows and exists through their creations.  Their work and style is constantly changing because they are never satisfied with what they have done. Once one project is finished, another must be started, otherwise the depression renews itself unless they are totally immersed in an act of creation.

The transition from tenseness, self-responsibility and worry to equanimity, receptivity and peace, is the most wonderful of all those shifts of inner equilibrium, those changes of the personal centre of energy, which I have analysed so often; and the chief wonder of it is that it so often comes about, not by doing, but by simply relaxing and throwing the burden down. ~ William James (The Varieties of Religious Experience) 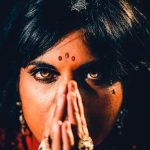 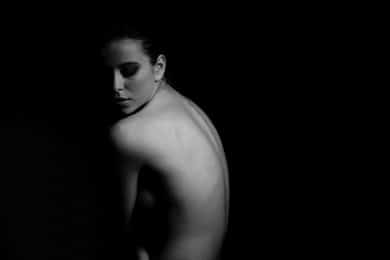